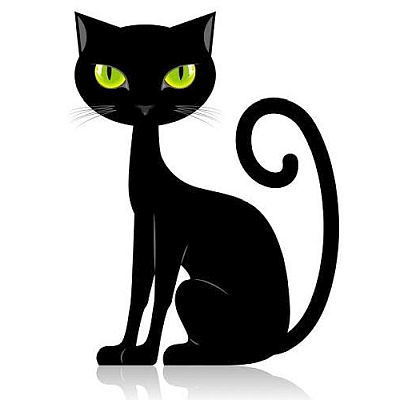 Very recently I started thinking hard about moving - from a Mastodon instance to an alternative platform with more features. I have enjoyed this process, and wrote about it yesterday -- Muensterland.Social – a new Instance joined.

After staying up late one night, I had found a good instance, created and configured my account. Then on to bed, it was late.
Next day, as part of making it a productive account, I went on to configure a Crossposter for it.

That is the Topic of today's Blog , and it had some surprising results.

* A Memorial, Sympathy stamp is needed. *

We are losing many people.

Hello all, sorry to bother you again, so soon after my last Topic. But I just received a letter from a friend from the UK, a #Slowly pen pal, who I had last written this :

I hope this letter finds you and your family well. I have been thinking about you, last time we wrote to each other you mentioned that your Father was in hospital, and I imagine how much that saddened and affected you. I had thought about it, but didn't want to intrude so I kept thinking of writing, and then leaving it.

My letter was sent on May 9th. It had been weeks since their last letter - on March 24th.

Hello Kitty 45th Anniversary Stamps are impossible to get.

@Slowly Team -- could those be added to Time Machine ?? Please ??

The image #2 is just a small sampler of the MANY Hello Kitty stamp sets -- issued in 2019, for the 45th Anniversary, and ONLY in a few Asian countries.

Philippines, Singapore, others. Image captured from the Most Complete collection ever -- LessonWang's. And a larger image of a Gorgeous one!

New Blog page is at : https://wordsmith.social/friends-near-and-afar-letters-we-share/hello-kitty-45th-slowly-stamps-rarest-of-all

Things have been very quiet lately on Reddit subs, so I was happy to see an incoming Direct Message. From my good friend -littleghost.

And we went from there; She has a situation, all of a sudden too many new people found her profile and now 7 new letters were incoming!

Very soon I was using my text editor, to write freely without the constrains of the Reddit Chat message entry box.

An interesting start for the day -- and instant inspiration for today's Blog post, once I had written most of it as suggestions and comments to paste into the DM window.

The page is at : https://wordsmith.social/friends-near-and-afar-letters-we-share/incoming-too-many-new-friends-letters

Microsoft is still allowing Windows 7 and 8.x users to upgrade their systems (which must be activated) for __*FREE*__ to a Windows 10 of the same family.

Someone running Windows 7 Home, Home Premium or Ultimate can go thru it, and have a legal and Activated Windows 10 Home digital license at the end. A Windows 7 or 8 Pro install will upgrade to a Windows 10 Professional, fully licensed.

I have done it, twice, in recent days. And it's EASY, anyone can do it.

Some users in #Fediverse already know about how good and fast the Pinafore client is.

A web hosted, static site -- you load the site and login, it authorizes with your instance, which requests your permission.

Besides being Light and Fast, Pinafore is smooth running, has a lot of colour options, supports Multiple Instances with easy switching between one and the next. Couple clicks, you are into the other account, using it's colours, etc.

My thoughts on why the cramped 500 characters maximum Toot is a relic which Mastodon developers should consider revising. Or making easier to change, for the few instances that allow their users more modern space and limits.

I have encountered the hard core Twitter user mentality in some admins I have made this request to.

They were users there for years, are used to the short burst posting, which I as a Forum user find baffling, unattractive and a general pain in the butt, to be perfectly honest.

There was a time, in the older days, when twitter started and ran over SMS. The 140 character limit came from that, as people had voice and SMS access, not mobile data.

The cramped space, terseness resulting from it, I could understand in that situation. But we have left that long behind.

I usually don't feel attracted to responding to the very short one liners. To call that "micro blogging" is a weird distortion of what I consider blogging to be.

I do write long posts in mastodon, and much longer form in Blog posts; have a hell of a time to post an announcement in Twitter for those in their measly 240 chars.

OP at my new Pleroma account, which thankfully doesn't have this Fossilized limit in place.

A glimpse of what Rich text formatting could do to a Toot.

Rich text formatting option is one click away at Pleroma node I joined. HTML tags, or MarkDown ones. And BBcode is also supported.

@Gargron , please consider a request for future addition? Thank you!

Just finished setting up and now see TwitSocial in wide screen, full layout as I enjoy in some other mastodon instances.

Thanks to the awesome Collapsed Mastodon Firefox add-on, and the built in AWI mode.

A pet peeve of mine, to use all the width of my laptop screen. Got a way now. can share details if anyone is interested.